When the muse calls... 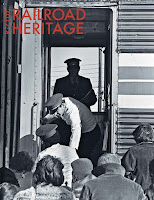 Sometimes a muse calls and you don't see it coming. It's a story worth telling as a New Year opens. I am often self-conscious about my geeky-nerdy interests in things like old railroads, airplanes, wonderful foods, and craft beers. I certainly post less about the scale modeling experience on open media like Facebook and share those thoughts more often with like-minded folks through other avenues like modeling clubs, e-mail blasts, on-line forums, and, more recently, t his blog. Fall 2017 Railroad Heritage Cover Art I came to a better understanding of my urge to write about my experiences when I read an article last fall, published in the Center for Railroad Photography & Art 's Railroad Heritage magazine by fellow academic Richard Koenig. He wrote: But photographs, regardless of the subject matter, are inert by themselves - they need to be viewed and interrogated by an audience to take on and impart their meaning  Koenig wrote about his engagement
2 comments
Read more 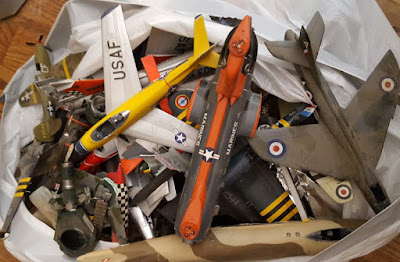 'What was the butcher's bill?' he asked. 'Tolerably severe for so short an action,' said Stephen. 'We have no dead, but there are three abdominal wounds I do not like at all, and Mr. Bentley was cruelly bruised when he tripped over a bucket and fell down the main hatchway; while there were many kicked or bitten by the horses, an unreasonable number, for a naval engagement. (Chapter 7, Letter of Marque , Patrick O’Brian, 1988) The "Butcher's Bill" is a sardonic way to account for, and deflect the horrible reality of, the numbers of dead and injured in a battle.  The phrase appears to have been in common use for so long that even Google doesn't know who started it.  It is frequently seen in Patrick O'Brian's extended series of novels about life aboard the Royal Navy's ships in the Napoleonic era.  It appears so commonly, in fact, that among O'Brian's rabid fan base, the accounting of all the casualties desc
1 comment
Read more

Beaten by a bad kit 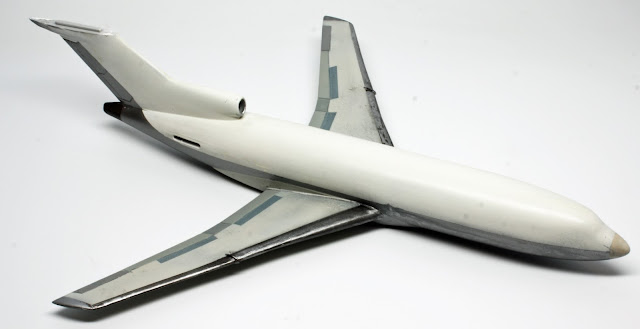 I build bad kits.  I enjoy the challenge and seeing the history of how scale modeling got to be where it is today.  It is very rare that a kit beats me.   After all, I've finished a Frog Sea Venom, and a Matchbox F-86A Sabre. Matchbox F-86A - Montana Air National Guard Frog Sea Venom FAW.21 - Fleet Air Arm, 1956 I've even taken 1st place at a local contest with a converted Matchbox kit! Matchbox Leyland Retriever with scratchbuilt Mobile Photo Lab body This time, however, I admit defeat.  Oddly enough, it's not the 50+ year old 1/144 scale Revell kit of the first generation Boeing 727 that did me in, but rather some distinctly modern high end finishes.   More on that toward the end. I have certainly found the Revell 727 to be  a challenge, but in a good way.  I pretty much knew what I signed up for before I began.  I've shown the fuselage modifications to bear the weight of the mounting stand previously in my  Adapting to the circumstance
Post a Comment
Read more

It's a spring thing 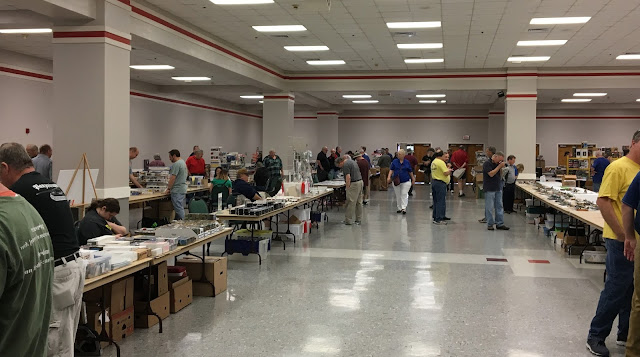 My local modeling club, the  Phantom Phlashers , holds their annual show and contest the first Saturday of April every year.   It's a nice opportunity to see the work of modelers around the region and have some extended social time with a bunch of guys with a lot of overlapping interests.  This year's show included a record 467 models from 93 different modelers.  One of the highlights of every show is the vendors.  It's often an opportunity to pick up a few new products, especially tools and paints, and always allows a glimpse of plastic modelling history as folks try to empty out their closets of old (and often superseded) kits.  Although the vendor turnout for those tools and supplies was thin, I did get to visit with one of the first kits I recall building, the Aurora P-61 Black Widow.  I especially enjoyed Aurora brand kits in those pre-teen years because they went together easily.  Their lack of detail didn't bother me, because I could go from a box of part
Post a Comment
Read more
More posts